In the morning we took the last (for Benoit) short leg to La Rochelle. The arrival at La Rochelle with a boat is always impressive, especially when you enter the Vieux Port (old port) through the entrance towers. The visitor platforms are in the town centre. 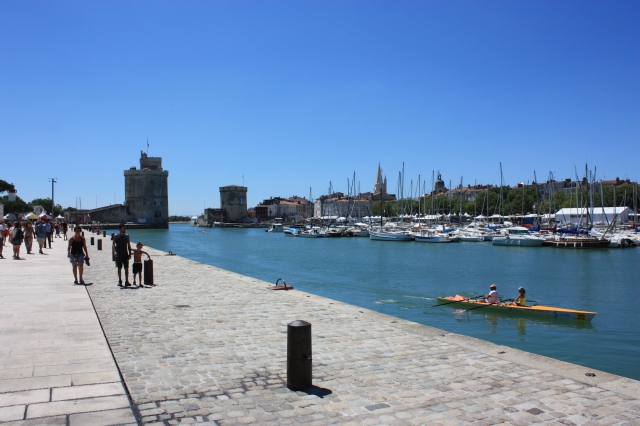 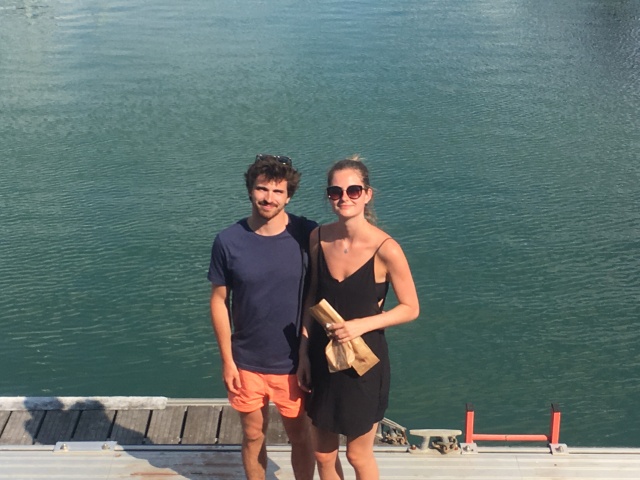 In the afternoon of course we got ready for the next football game France / Belgium. Sadly we had to say goodbye to Benoit. Poor Benoit – not only he had to leave us – but he also couldn’t watch the game as he was leaving at 8pm, the time the game started – OMG! What should I say? Y’all know by now the French again did a great job and won – allez les bleus – again, yes! It is obvious that it was a huge blast after the game, with lots of singing “bien sure avec la Marseillaise” 🙂 and even some fireworks were lit. We were very happy with the result and just wanted to enjoy the magic evening on Altimate being in the harbor in the middle of town. 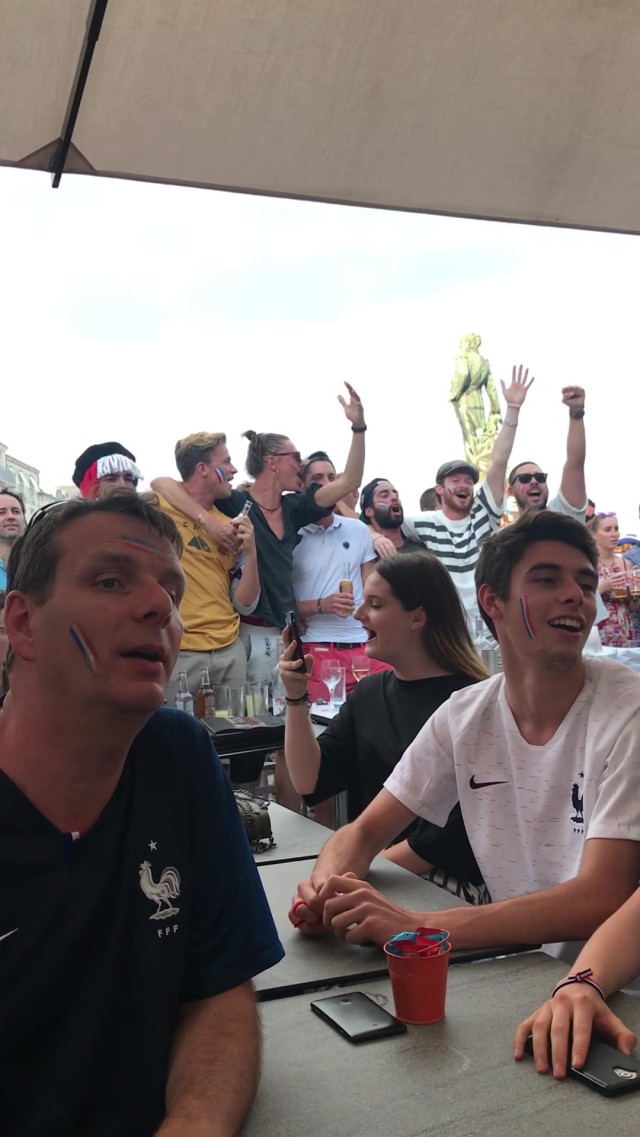 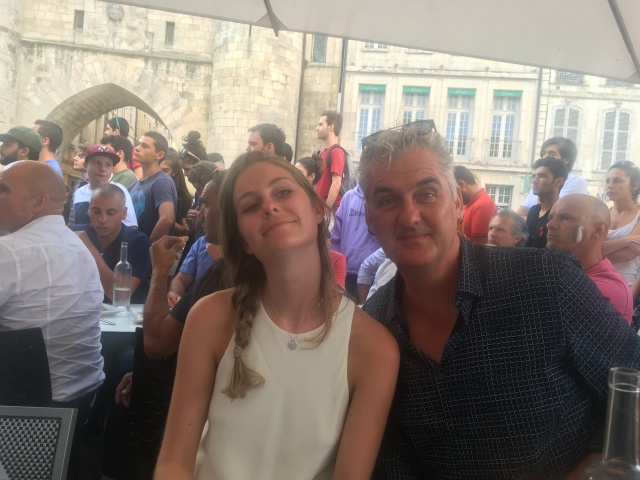 At the entrance of the port area we were stopped by policemen asking us why we wanted to enter. We explained that our boat was in the port so they let us in but escorted us close to our boat. I asked them what was going on, but they said they were not allowed to say anything – scary! On the pontoon all the other boat owners where agitatedly talking to each other and they explained, that there was shooting in the boat opposite to ours. Three people were killed ! Whaaaaaat??? We are not in Texas!!! Help. A man shot the lover of his wife, his wife and then himself. Unbelievable, we were all very shocked of course. The happy nice exciting evening turned into a horror story within seconds. As we could see the crime scene, all the policemen, forensic guys and so on, it kind of felt like being in a movie- but unfortunately it was not – it was real! What an evening. Especially with the celebrating of the game on the other side. Surreal. Jana and I needed a couple of hours to calm down, and then we finally found some sleep. The next morning the boat was gone including all the official people and everything looked as nothing has happened. Strange – but I guess that’s life.

Wednesday was spent with shopping and washing 🙂