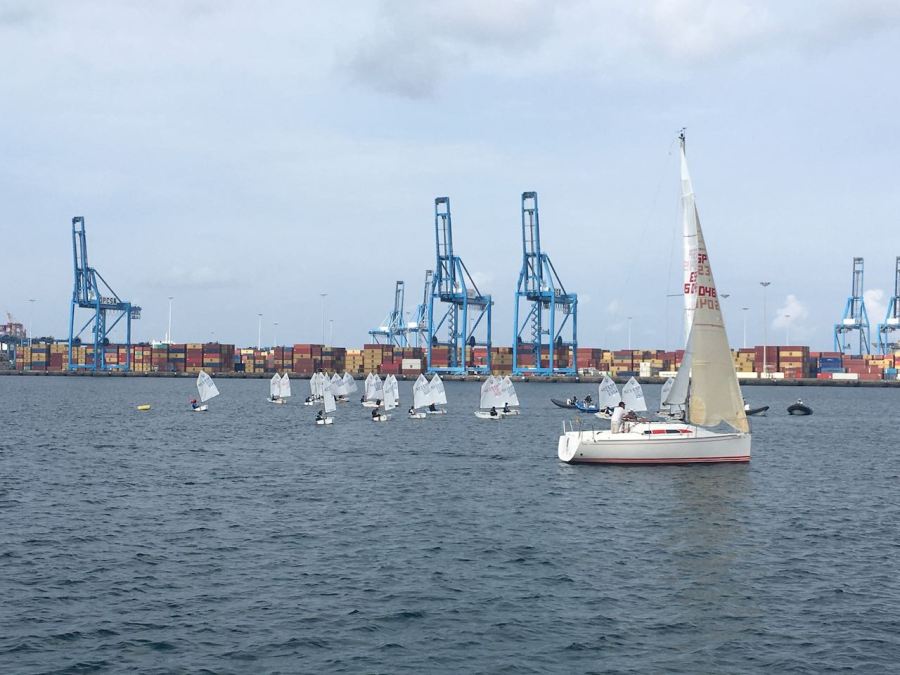 Life feels so good! Busy city, busy streets, crowded beaches and noisy construction sites! Who would have thought that we’d be happy about such (usually annoying) circumstances? Definitely nobody and yet we enjoy it! Let’s see for how long.

The last two weeks again past by in a blink. With so many socialising opportunities and the freedom of doing what ever one likes, makes life pleasant again. Having drinks, coffee and chats with people we happen to meet in the marina bar or where ever is just awesome and we are fast getting used to it again. It took us a bit longer to realise that as well all the shops are slowly back open. Yes, now it is possible to buy whatever one need or not need 😉. One day, we still had the car, we drove to IKEA which had just opened, to get some items we needed. We were so excited about strolling in a big store that we didn’t even mind to wait in line for 30 min. How crazy is that? It looked like everybody was desperate to go out and BUY something.

Since a couple of weeks the “Bundesliga” football season was also playing again. The games do happen without spectators but watching on TV with some recorded audio comes close to the good old days. On the 26th of May a big game came up. Dortmund (second) was playing against Munich (first) and as luck would have it there were fans from both clubs on our platform. Thomas the Danish guy from the school catamaran representing Dortmund (I have no clue why he is a Dortmund fan) and of course El Capitano the Munich fan. As we couldn’t watch it, Thomas had a big heart and was so kind to invite us not only to watch the game with them but also for dinner. He prepared (it was his day of cooking for the crew) a proper male and soccer dinner: Hot dogs! Yammi! So, we had fantastic food while watching our first soccer game on TV for ages and that on a Danish catamaran. What a funny and nice combination! Sailors life is just extraordinary cool! For me, always trying to be a nice guest 😁I would have preferred that Dortmund wins, but on the other hand I was happy for Norbert that Munich made the game😉.

For us a bit sad was the fact that the Danish crew would finally leave the following Monday. From their point of view it was of course a relieve. Not seeing friends and family for month and being stuck together 24/7 was definitely a challenge for all of them. The little distractions we could give them now and then were only a drop in a bucket. Of course we could not just let them go, so we invited the four of them as well as Eamon the Irish fellow for dinner on Sunday early evening. Altimate’s cockpit as well as our complete cutlery and dishes did reach their limits having 7 people over for dinner. But that again makes sailors life fun. Nobody is picky or minds eating from the same plate though having three courses. (That was only a hint to tell you in a different way that we had 3 courses😁.) We did enjoy the evening very much and I guess and hope our guests did as well as they stayed until midnight. In spite of the fact that they had to get up very early. Their taxi was ordered for 5am. A short night before a very long trip from about 35 hours. A flight to Barcelona, waiting for 5 hours, flight to Frankfurt, waiting for 3 hours, train to Hannover, changing trains and, and, and. I can’t exactly remember the whole trip. I only know in “normal” times you could easily have reached Sydney in this period of time. Anyhow, early afternoon the next day they arrived safely, very happy and just a little tired.

We also had to say goodbye to Pascal, one of the French sailors. He left so suddenly that we only could wave when he was passing Altimate on it’s way out of the marina. He sailed to Porto Santo/Madeira and arrived safely after 3 days. Hopefully we’ll see him again somewhere.👋

Still having the car we did some more sightseeing. This time we went down to Maspalomas to finally see the famous dunes. It was a very hot day and we were sweating our way through the sand. A fascinating landscape and even more spectacular as we were completely on our own in the dunes. Down at the water were a few people at the very long and nice beach enjoying the first day of being allowed to just sunbathing or swimming. The “entrance” of the beach was still very quiet and deserted. Only one bar out of – it felt like hundreds- was already open. After a little refreshment in this usually very touristic bar we decided to move on to follow the tour “on the trail of the Guanches”. Our travel guide described it as an interesting historic trip with some sides from the time of the aboriginal inhabitants of the Canary Island.

It was a very pleasant trip through the south of the island. We did not stop everywhere because as we somehow picked a very hot day and managed to be at some sites at the hottest time of the day, we only inhaled the beauty of the landscape while driving through it. Our favourite was definitely the “Barranco de Guayadeque”. An amazing beautiful gulch, rich in vegetation with gorgeous views and impressive landscape. Now a little history part😉. There were quite a few caves of the Guanches to see. The interesting part was that there are still or maybe again some people living in those caves. Ok, in a more modern way of course with solar panels for energy and cars close to the caves, but still very outlying. However, we loved the 10km drive through this valley very much and were lucky to find the cave restaurant open at the end of the canyon. It was open for the first time that day after the lockdown. Yeaahhh! After a little stroll through the few caves/houses we were welcomed as the first guests and enjoyed a typical meal (I had rabbit, El capitano a goat dish) in a pretty surrounding.

Last Tuesday Altimate was lifted out of the water. She needed to get new hull throughs and sea valves. They were the first ones and as we couldn’t close one valve anymore we decided it was time to change all of them. Seeing Altimate’s “used” underwater body we felt like treating her. She is looking after us very good,we should as well look after her 😊. So we also had her cleaned up, sanded and newly antifouled. Though the Rolnautic team did a very good job it was always better to stay close by just to make sure all the workers actually work and in case of questions to be able to answer them immediately.

For us it was a very early start that day with no breakfast what so ever. After Altimate was lifted and placed we went off to have a quick coffee and snack at the sailors bar. Eamon was there also enjoying a coffee with his friend Mary. We needed to get back to Altimate, well one of us 😊. My dear sweet perfect Capitano offered me to stay to have a longer chat with them. They again had the great idea that I could join them on their trip. So this afternoon turned out to be very different than expected for me🙃. We had lots of laughs while heading to Sardina del Norte, a delicious lunch (I know I only had breakfast but I managed😋) in a simple but very good restaurant close to the northern see side and interesting views in between. Our plan was to walk a little along the coast of Sardina but unfortunately the road was under construction so we only had a few steps and watched awhile the locals enjoying their little beach area. Puerto de las Nieves was our next and last stop where we had another coffee before we headed back to the marina. While I had a blast that afternoon Norbert was tuning his body with a long run after the workers had finished their duty. So both of us enjoyed the day – just in different ways😁.

Friday we could go back in the water. Our plan was to go at anchor in the bay just to have a jump into the water and have the feeling of freedom again. The whole week the weather was very calm, hot and sunny, but just after we left the marina it started to blow from the south , waves were coming into the bay. What was that? The wind raised within minutes up to 26 knots and we got shaken from one side to the other. No calm and restful afternoon what so ever. We also had an appointment with the sailmaker at 5pm and we did not know wether we would be able to return to the marina. The weather forecast said nothing about it. It was a local low pressure and when the wind started to decrease we decided to go in. We called our platform sailors to help us mooring. They were 4 sailors (Reto the Swiss, Eamon the Irish, Carlos our Spanish neighbour and another Spanish fellow I still don’t know his name) waiting for us to help, that was great and we managed to berth Altimate in one go. Thank you guys! Only 30 minutes later the wind dropped and returned to its normal direction north east. At least we made it in time for the sailmaker including a quick clean 💪.
Eamon invited us for a cold beer after we were finished with the last adjustment of the spray hood. We happily followed his invitation and again we had a great evening with some more drinks and a spontaneous supper. Fun night with a lovely host! Thank s a lot Eamon.

Great news! Since today we are officially allowed to sail in between the Islands. Wow, now we can make up our minds where to go, how exciting is that? Altimate just needs to get completely ready and then off we go😁.