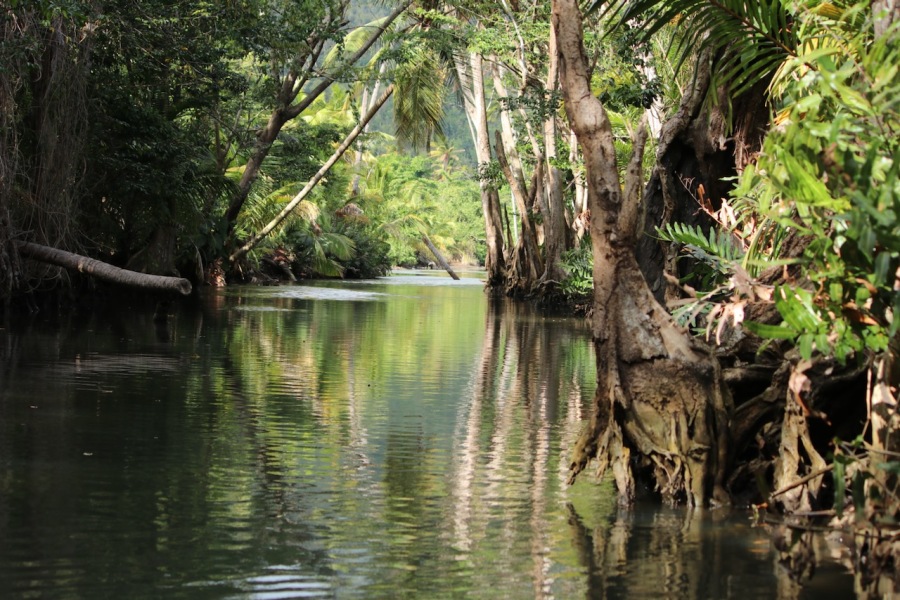 We were lucky to be so close to the famous Indian River which is among the most picturesque and widest of Dominica’s 365 rivers. Yes, it’s correct 365 rivers! I almost couldn’t believe it. It flows to the Caribbean Sea between Portsmouth and the village of Glanvilla, which meant right into Prince Rupert Bay, where we were anchored. Daniel, one of the PAYS guys offered a tour and guided us through this amazing part of earth. It felt like getting a warm embrace of nature while Daniel oared his boat silently past many types of wild life and plant life along the swampy river bank. He was an expert of flora and fauna and knew all about it. Just a pity we couldn’t remember all of it. He explained that the River got its name because Kalinago (Carib Indian) lived along its banks and used it as an access route to the Caribbean Sea. The river was important to their livelihood as they used it to transport goods for trade with sailors and along the island chain. With its coastal wetland dominated by the spectacular “buttressed Bwa Mang trees”, it was easy to imagine why scenes from Pirates of the Caribbean were filmed in the river…

Some random pics of our last days at Portsmouth

On our last evening Kish made a crab supper for us. I always wanted to try the land crabs, the locals liked to eat. Though we never saw them on a menu. Now we got the opportunity to try them. It was a fun and yammi experience.